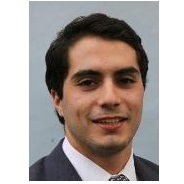 Chris joined Private Capital Group in May 2019 first as an intern, and has also held roles such as as Business Development Coordinator. Chris currently works as our Marketing Manager and also assists in a variety of projects across the firm. Chris graduated from Yale University in 2017 with a B.A. in Economics. Chris was a member of the Yale University Division 1 Men's Ice Hockey team, and after graduation, he continued to pursue his passion in hockey and played professional hockey for the minor league systems of the Arizona Coyotes, New York Rangers, and Las Vegas Golden Knights. Chris currently resides in Delray Beach, Florida.